She Is the One 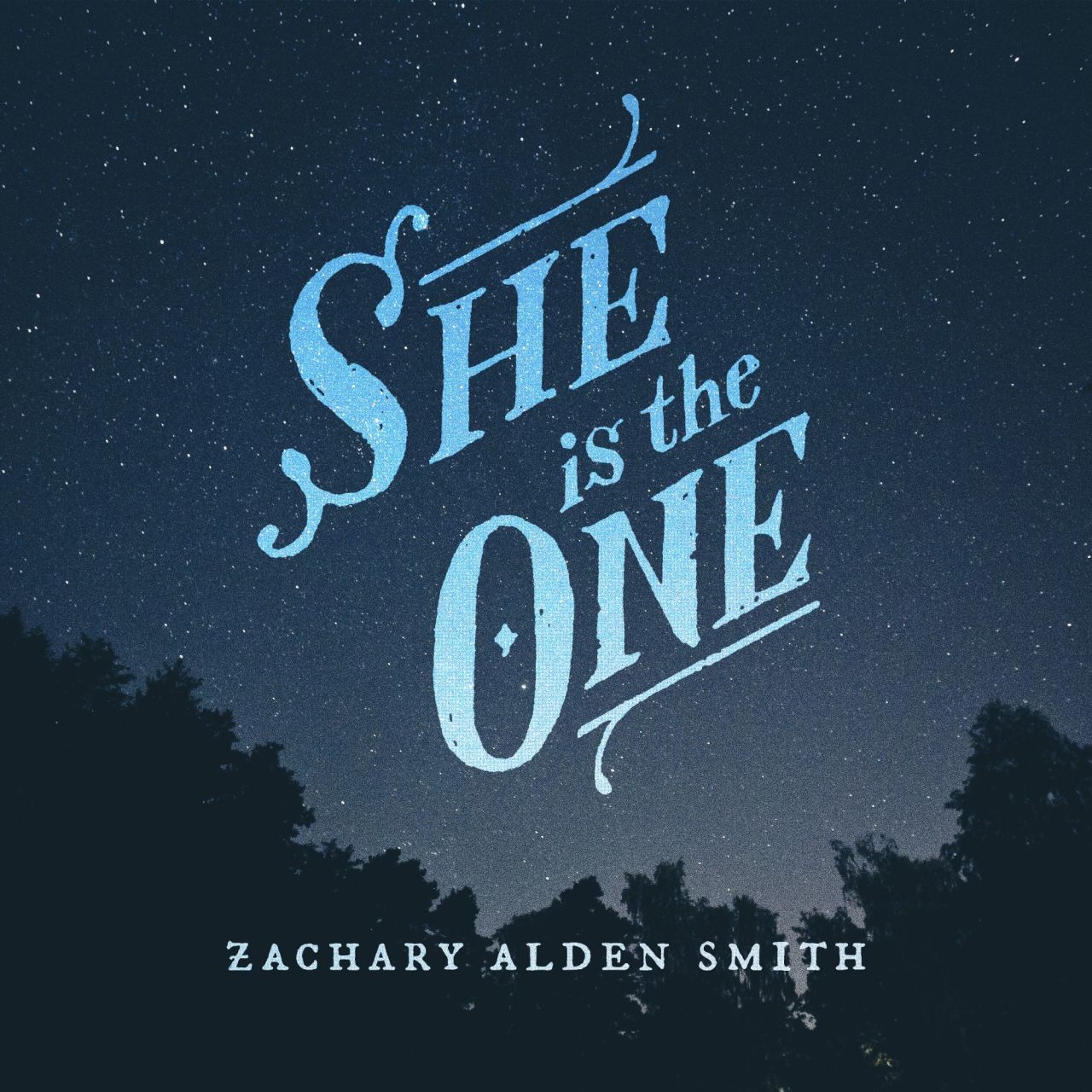 buy this song…
hear the full album…
read the lyrics…

She Is the One (Acoustic)

You cannot carry this around
You just let it go, you set it down
Sinking so fast, so far into the sea
People will say I don't know how
To tell you now this will all work out but
I won't just wait for you to drown, no

Here is the first song that got me thinking that it might be possible to tell a story through a series of songs. It's surreal to see how much it has evolved since it was first written back in 2011.

This demo is just me and the guitar, although I'd love for you to hear it with cello when we have a chance to record the full band version.

There is more to come, so stay tuned. Please leave your impressions, comments, questions below... I hope you enjoy!

PS: Founding Members get these song demos and stories a full year in advance of everyone else. I would love to have you in the group! Visit zacharyaldensmith.com/founder and I'll see you on the other side...

The Story Behind the Song

I was sitting  at my desk, working late at night. My mom was awake, too, not feeling well, laying on the couch. She was staying with my wife and I for a while between month-long inpatient chemotherapy treatments. She had been diagnosed with acute myelogenous leukemia a year or so before this.

The thing about chemo is that it pretty much pushes you to the edge of life by destroying a lot of your cells; even the good ones. The nurses administering it wear special gloves and gowns to protect themselves, in the event that the intravenous bag holding the bright orange liquid is punctured. If the toxic chemicals inside spill onto the surface of their skin, rather than into the patient’s body, it’s not only expensive, but injurious.

I guess it sort of makes you know how sick you are, in case your particular affliction of cancer hasn’t made you feel all that bad, yet. So the docs give you all kinds of medicine to counteract various side effects that occur as a result of being exposed to it. Anything from being unable to hold a meal, to chronic headaches, or just feeling incurably itchy, all over.

At the peak effect of all this, you’re probably reeling from a puzzling chain-reaction of meds you wouldn’t even need to be on if it weren’t for your own response to all the rounds of whatever you’ve taken up to now.

So it was common for my mom to be feeling everything all at once and just not be able to sleep, eat, function well, think straight. Any single one of these afflictions would’ve kept me from several nights of sleep in a row, were I in her shoes.

I decided I would stay up as long as she was up. If she’s unable to sleep, why should I?

It happened to be a Saturday night. The sun came up after a long night of just being in the same room together, me watching her, too sick to rest, trying to understand how she feels, and what’s the point of it all. My mother’s stomach was in a knot. And my mind was on a loop: What’s all this suffering for?

I went to church that morning. I sat through my 1500th (or so) worship service and wondered what the heck is going on in this world, underneath or above the tireless grind of human weariness, defeat, searching, and death.

While all of God’s children are showing up to be close with him, praying to hear from him, to be seen and loved... Where is he? Is he here?

I realized from the look on my friend’s face as he approached, that I must be visibly dejected. He asked me what’s wrong. I recapped the previous night for him. I asked:

“How is all of the suffering, here and now, where the creator of the heavens and the earth is supposed to be all-powerful and all-loving, going to help me trust that there’s anything more safe or enjoyable to wait or live for? We live between the ‘already’ and the ‘not yet’, right? If he’s already having his way on this earth, why should I stick around to see what he’s not yet shown us about his plans for us in heaven? Is this supposed to be the proof that he has good things in store for us? If so, I’m not sure what to believe or where to go from here.”

He paused. The first response I caught in his eyes was that he knew what I was feeling. He said: “Good questions.”

He said: “Does she believe in Christ?” I nodded. He paused again, longer this time.

“God hasn’t promised that anything here on this earth is going to happen the way we want it to. Instead, he’s given you experiences that are hard to endure, and now you’re feeling the difference between where you are and where you’re going... and from that dissonance, you are certain that you were meant for something greater. Seeing that, first-hand, is part of what it means to be made more like Christ. Because in Christ, we find what he has promised: That when we die, he will, unfathomably, hold us, save us, and make all things new. He promises to solve a greater problem that we have no hope of solving on our own... The problem of our own death. He promises to deliver us, and to deliver on that promise. But he hasn’t promised that life will make sense, that we will have everything we ask for, or that someone we love won’t get leukemia and die. We can’t find what we really want anywhere else.”

I didn’t know how, but that made me feel better, and worse, at the same time. I appreciated his words. But I didn’t get into that conversation because I wanted to find there’s no way around the suffering, only through. No way to get my mom out of it, either.

Why don’t I appreciate so much that he’s solving the problem of life after death for me? Why do I throw that out if the difficulties between now and then go unrelieved, instead?

That’s when I realized that I’ve made a list. A list of things that I want God to do for me. And then I pretended that God had promised to give me everything on the list.

This wasn’t the first time I was playing the victim of unfulfilled longings. It is a pattern. A weed, stemming from a belief that God doesn’t love me if he doesn’t do for me what I have decided is most loving for him to do.

I can argue that the list came from a place of hope, of wanting God to be good and true and beautiful, and to fully give us himself.

And also, it came from a decision I made, that if God is good, true, and beautiful, that he will give me whatever I think is good and true and beautiful. That my definitions and my plans for what that means are big enough to be the very path of my life. That I’m the one who gets to say what’s right.

And as a result, to justify my own anger at not getting what I want. To be controlled by my fear that I’m not in control. To buy the story that my story ends in my shame.

I’ve made a list of what I want. It’s all good things. All things a good father should want to give his children. And should be accountable to give, if he’s truly got all the resources to do so. And I told myself I wouldn’t stop until I get them.

I’ve been so fixated on my list of wants, that I’ve almost lost sight of any thankfulness that I don’t have to worry about the condition of my eternity, or that of the ones I love the most.

For each item on the list, there is something that happened to me that made me want to put that thing on the list. But I don’t always remember the reasons between the lines anymore. I don’t hold dear the seed of hope for shalom, within the desire for change. All I know is my items, my decisions, about what sort of tree that seed should look like, fully grown. My little limited picture of heaven.

That night, my mom was feeling well enough to get some of a night’s rest, but my heart was still searching too much to do the same. I wanted to do something about the state of my desires. To align them with what I believed was better, truer, more beautiful, and more attainable... So that I can be a happier person, maybe.

But I had no clue how to do this. Resting with the uncertainty was not on the list.

That night, awake again, reeling in a more puzzling chain-reaction of questions than I’d previously known... I started to imagine a little girl. Her eyes downcast, holding a wrinkled scrap of paper in one hand, and a half-finished kite in the other.

What follows is her story.

She’s clutching the paper, almost hiding it behind her back. On it is a handwritten list, of things she doesn’t even have, but holds most dear, nonetheless.

A story of letting go. A story of transformation, from bitterness, to joy, through suffering.

The list comes from a place of hope. But it cannot give her what she hopes for most.