Coffee with an Old Friend

This is an official announcement: I'll be using (my own name) Zachary Alden Smith instead of The Walla Recovery from now on.

Thank you for being here and for hanging with me through the years I've spent making music. I hope this change is not too confusing to deal with. I hope it removes a barrier between us which I put up, long ago.

It's still the same friends helping me with the music. It's still you, caring and encouraging like you do. It's still me. In fact, even more so...

Recently I read Seth Godin's book This is Marketing and took his online class The Marketing Seminar. Part of it was an exercise on what makes a particular business unique. I submitted trepidatiously to the questions and did my best, with a sneaking feeling in the back of my mind the whole time that there is nothing particularly unique or beneficial about my songs.

The process was great for making a list of words that I'd like for my music to be in the world. These come from a deep place in my heart of what I value about the work of my favorite singer-songwriters, and what my personal definition of "better" is, as I strive forward to create songs that encourage others, ask big questions, and promote what's beautiful in the world. I came up with 6 words, and broke them up into categories:

For one reason or another I keep coming back to these values as a way to communicate the therapy of life that continually happens to me on a daily basis. This seems to be my centering, north star, and I could even say the reason I write.

Part of the work involved was to come up with an antonym for each word, juxtapose it against another term in the list to make a graph, on which to plot where the effect of one's work could be found in the hearts and minds of those who enjoy it.

This was really difficult for me. But it was good. First, it forced me to admit that I am envious of those I consider to be further along in the craft of songwriting than myself, even though I do not readily think of them as competitors. Second, I had to come up with a definition of each term, and face the reality that my ideas of the work may or may not resonate with the wonderful people who listen to it.

As I was comparing the word "deep" and my chosen antonym for it ("forgetful"), against the word "real" (and it's antonym "easy"), I began to look for some of the things people do with their time that are any combination on those spectrums. In other words, what's something I can do with my time that's both easy and forgetful? What about real, yet forgetful? What if I want to experience something of depth that is also easy, or doesn't require much effort of me?

As I looked at what I had just written, I had a sudden memory of a plaque that my parents hung on my wall as a child, with the meaning of my name:

Interesting (to me) that "old friend" was the meaning of my middle name. A strange middle name, it is! I have always avoided telling people my middle name, in an effort to avoid the sideways squinting looks I receive when saying it out loud. Secondly, that "remember" (versus "forgetful" on my graph) was part of my first name. For some reason I'm not sure of yet, hearing "Zachary" out loud has always made me cringe. It's only spoken when I'm in trouble or something.

Lastly, having the desire to be unique, whilst carrying such a common name as "Smith", is something that has also plagued me. So this led me to research my last name as well and land on my favorite definition of it:

It was refreshing to read that smiths were artists, in contrast to the notion that they might've picked up blacksmithing solely because every horse in every town needed shoeing. Granted, these negative connotations of my own name are not anyone else's fault. It's the story I've been telling myself that needed to change.

It was in that moment that I had a distinct and unique feeling, for the first time in my life: I have been given a name that I want to live up to.

My parents had four boys. They painstakingly chose names that to them sounded strong and encouraging, even perhaps having a cadence and a voice of their own. They told us there was a meaning and a reason for our names. Fast forward 25 years, and I had let the influence of that thoughtfulness become commonplace and unremarkable to myself.

I remembered back to the first time I released music under the name "The Walla Recovery". I spent weeks obsessing over what name I should use and polling people for their opinions on it. I wanted the name to have some meaning that I imposed upon it. Some way for me to keep in mind that I was doing something terribly important for the rest of the world (haha)...

But really, I chose it because I was afraid of just being myself. I didn't want to be so exposed and vulnerable and "out there". I was afraid to let anyone see who I really am. I thought that if people rejected "The Walla Recovery", I could still reason to myself later on that they are not really rejecting me.

Now I see that vulnerability is what makes my favorite songs so great. I'd be lucky to be honest enough to write a song that helps another person know they are not alone, that someone else out here knows how they feel.

All of this is to say: accidentally discovering meaning in my own name has been one of the most encouraging things to happen to me in quite some time. It has given me hope. Not that I've arrived, but that my life is headed somewhere. A good place.

Don't give up on hope. You never know where it's going to come from next. 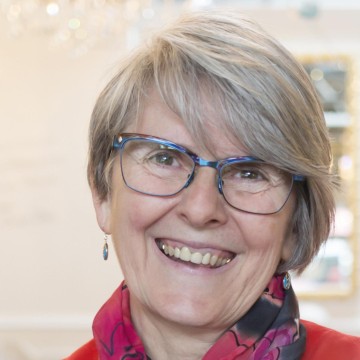 What a great story! Thank you, Zack, for sharing it. For all of us parents who painstakingly choose names for our children, it is just so good to hear your heart of discovery on this matter!

back She Is the One Rejoice (a devotional) next